I am troubled this morning.

There are a couple things contributing to my restless night of sleep. One, I am in recovery from shoulder surgery, and after 3 weeks I am indeed more flexible but still in a lot of pain. Secondly, I am trying to breakthrough an obstacle and find a way to deal with it in a way that causes people to rally for this important cause instead of resist it.

I am the one who has desired to downplay this crucial challenge, but now I find that as I bring it to the forefront, and passionately plea for change, I am seen as something of a rebel. While it is true we all want change for the better, the problem is that real change is often much more difficult than we will admit.

To get beyond talking about it and beginning the work of accomplishing it is the widest chasm we will ever negotiate.

We are funny that way.

I can know that there is a long-term benefit to something, but in realizing all the obstacles I will do a “count the cost” inventory and back off. I don’t like confrontations, but if I believe in something strongly I won’t avoid it, isn’t that as it should be? Standing up for what we believe is a cornerstone of our faith; all we have to do is look at Peter’s denial that he knew Jesus to know the heart break of turning our back on the truth.

54 So they seized him and led him to the high priest’s residence, and Peter followed at a distance. 55 The soldiers lit a fire in the courtyard and sat around it for warmth, and Peter joined them there.

56 A servant girl noticed him in the firelight and began staring at him. Finally she spoke: “This man was with Jesus!”

58 After a while someone else looked at him and said, “You must be one of them!”

59 About an hour later someone else flatly stated, “I know this fellow is one of Jesus’ disciples, for both are from Galilee.”

60 But Peter said, “Man, I don’t know what you are talking about.” And as he said the words, a rooster crowed.

61 At that moment Jesus turned and looked at Peter. Then Peter remembered what he had said—“Before the rooster crows tomorrow morning, you will deny me three times.” 62 And Peter walked out of the courtyard, crying bitterly. Luke 22 (TLB)

If I know Christ, if I desire to live for Him and want to model His message to our world, I should do so in love. I have written many times about His compassion, love, and grace for the sinner. I have stood in need of His extravagant grace on many occasions, and pleaded for understanding from others in this regard. But I also know that Jesus wasn’t a man of weak principle who judged according to a flexible set of standards. He was forceful and decisive, led with love, but boldly lived His convictions. 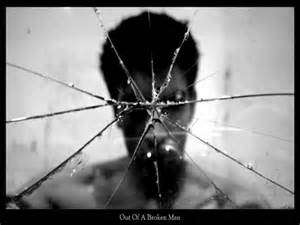 I have been speaking of the challenges the church is facing this very moment, and which will exponentially multiply in coming years from the scourge of pornography. I have expounded on the wounded and damaged souls that this parasite feeds on, and that we are well past the point at which we need to take this threat seriously. I have written extensively on this subject in the past with a very focused view on the one caught in addiction.

We can continue to deal with the resulting sin and dysfunction, or we can go for the source and defeat this evil before it can grab hold.

I acknowledge that any lasting and effective action taken by the local church needs to be spearheaded by the pastor and senior leadership. Without their dedicated support any efforts will likely fail. It isn’t a quick fix, no, its a long haul. The pastor loves people, he loves the Lord, he has dedicated his life to service and that is something we are all grateful for. The problem isn’t pastors not caring enough, it’s knowing what to do, how to do it, and being confident it will work.

Enough defining of the problem, we know they are present, and many more than I listed, so how about some possible solutions here?

Let me share what has worked for myself and others, and how the church can help:

I will conclude with this scripture.

9 Don’t grumble about each other, brothers. Are you yourselves above criticism? For see! The great Judge is coming. He is almost here. Let him do whatever criticizing must be done.[a]

10 For examples of patience in suffering, look at the Lord’s prophets. 11 We know how happy they are now because they stayed true to him then, even though they suffered greatly for it. Job is an example of a man who continued to trust the Lord in sorrow; from his experiences we can see how the Lord’s plan finally ended in good, for he is full of tenderness and mercy.

12 But most of all, dear brothers, do not swear either by heaven or earth or anything else; just say a simple yes or no so that you will not sin and be condemned for it.

13 Is anyone among you suffering? He should keep on praying about it. And those who have reason to be thankful should continually be singing praises to the Lord.

14 Is anyone sick? He should call for the elders of the church and they should pray over him and pour a little oil upon him, calling on the Lord to heal him. 15 And their prayer, if offered in faith, will heal him, for the Lord will make him well; and if his sickness was caused by some sin, the Lord will forgive him.

16 Admit your faults to one another and pray for each other so that you may be healed. The earnest prayer of a righteous man has great power and wonderful results. 17 Elijah was as completely human as we are, and yet when he prayed earnestly that no rain would fall, none fell for the next three and a half years! 18 Then he prayed again, this time that it would rain, and down it poured, and the grass turned green and the gardens began to grow again.

19 Dear brothers, if anyone has slipped away from God and no longer trusts the Lord and someone helps him understand the Truth again, 20 that person who brings him back to God will have saved a wandering soul from death, bringing about the forgiveness of his many sins.

One thought on “Troubled yet not distressed; Perplexed, but not in Despair”