It was on the hills of Eastern Montana that the life-defining act of a man would be decided. His exploits during the Civil War had propelled him to prominence and recognition and he had gained a spectacular reputation as a leader. His daring and bravery were well documented. In fact, he achieved what many would call greatness in his time.

Then came the Battle of Little Bighorn.

It is sort of a joke really. Many people consider his legacy to be inexorably hinged upon the moment in which it appears he made the wrong decisions (though even that is debatable), but it is how he is remembered.

In the comedic film Night at the Museum: Battle of the Smithsonian, Custer is portrayed to be a confused, self-obsessed, cowardly buffoon. He spouts off-the-cuff strategies to the amazement of those he is presuming to lead. He drifts off on tangents about the monetary value of his golden hair, and rambles on about sneak attacks that are anything but sneaky!

Retrospect dictates that each generation will decide who and what histories players contributed, and then condense them down to a few, brief and concise sentences. That is where you and I will end up some day too, if we are remembered at all. It is a fact, that no matter what we accomplish, we will be remembered for the most dramatic and visible events of our lives. Good or bad.

Here are eight powerful public figures, some from recent history. What thoughts pop into your head with each one, the first things that come to mind? Take a moment to consider before reading on. 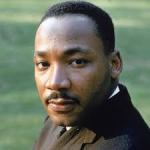 They all had sex scandals either public or private, most had extramarital affairs, and one covered up sexual abuse of children. They all served in highly visible offices, movements, or religious institutions, and they are each remembered very differently.

Armed with this information, those of us who have our own history of poor choices can do one of two things. We can either chalk it all up to fate and carry on as we have, or work to rewrite the record that will be left behind upon our death.

We have a chance here that George A. Custer didn’t.

Our lives are not over, we needn’t give in to disappointment and frustration, accepting what has been our lot in life. Sin may have dogged our existence, but it does not have to define us in the end. We can positively affect our legacy through changing our live’s direction.

So, in a faith context it is through surrender, repentance, humility, integrity, vulnerability, truth, self-sacrifice, transparency, relationship and honesty that we will build a lasting and effective legacy. It doesn’t really matter what the world thinks anyway, it is our standing with those closest to us and most importantly with God.

So, today is an important day; we can either continue to build something worthy of recollection, or tear another brick from the structure that we leave behind.

Supplemental: Ad Bill Hybels to this list with the recent revelations and his fall from grace. Is anyone immune? I believe you know the answer to that.